Luke Potter - What If I
Listen now on Spotify

Luke Potter is a singer/songwriter whose range is as wide as his own personal journey. Based in Weston-Super-Mare with footprints in vastly diverse locales including London, Sweden, Orlando and LA, Luke first broke onto the scene with 2017’s single “Something More,” a track that’s garnered over 17.5 million Spotify plays to date. The single “It’s Easy” (2018) would follow, placing Luke alongside producer (and mentor) Jorgen Elofsson, who has written alongside legends including Kelly Clarkson, Britney Spears, Paloma Faith and Robyn.

The wheels of momentum churning, record label executives across the world caught wind of Luke’s instinctive ear for melody. In the spring of 2019, Luke entered into a partnership with famed New York City-based record label Ultra Music as a vehicle to release his brand new material. His debut release for Ultra Music, “Healing,” is an emotionally evoking track, as the soft instrumentals glaze through the single, giving the track a sentimental touch. The lyrics of “Healing” are intimate and honest, coming from Luke’s desire to write raw and real music that people can relate to. 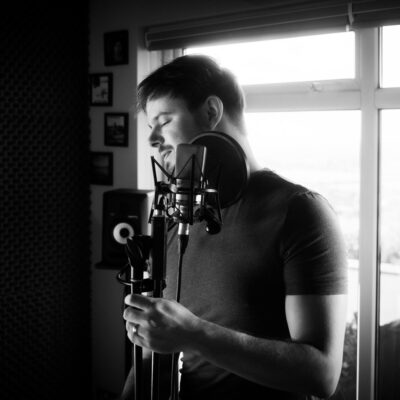 Luke Potter - What If I