Her bittersweet voice combined with her soulful touch on melodies is what makes Envy Monroe. Before she got into music she had a dream of becoming a stunt driver or a race car driver. And when she was a young girl she thought she new all the celebrities, this dream got crashed at the age of 12. Musically she gets inspired by RnB & Hiphop and loves everything that has to do with wailing and challenging her voice to max. Did you know.. That she got 3 birthmarks on her right hand, which follows her anywhere where the road might lead.
Julian Jordan - Blinded By The Light
Listen now on Spotify

Julian Dobbenberg (born 20 August 1995), better known by his stage name Julian Jordan, is a Dutch musician, DJ and record producer from Apeldoorn. He is best known for the songs “Kangaroo” with Sander van Doorn and “BFAM” with Martin Garrix.

On 20 August 2012, he collaborated with Sander van Doorn to release the single “Kangaroo”. That year in November, he released the single “BFAM” with Garrix. The song title is an acronym for “brother from another mother”. In 2013, Dobbenberg released the singles “Ramcar” and “Childish Grandpa”. The latter was created in collaboration with TV Noise. In 2014, a collaboration with German DJ duo Twoloud was released. The title was called “Rockin” and the song was released on 14 February 2014 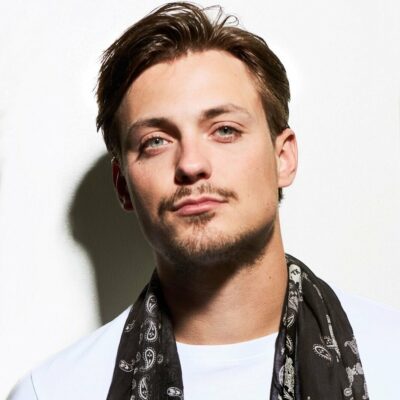 Julian Jordan - Blinded By The Light