Bass Modulators is a cooperation between Roland Evers and Rick Buijtenhek which started in 2006.

Two friends since high school, both with a great passion for music, started their musical career both in their own way. Rick began to produce mostly trance and Hardtrance music at the age of 17. Roland had a passion for the turntables and became a DJ at that age. In the beginning he played multiple styles from trance, Hardtrance till Hardstyle, and a few years later he started to focus especially on the harder styles. He also started to produce music by himself from that moment.

After a very successful first release together with Brainkicker at DJ’s United Records with “Fight The Future / Ring That Shit” they went back into the studio for a solo project and a few months later a new release was born, “Indeep / The Cube”. This was their real breakthrough in the scene.

Nowadays they’re performing as well national as international and there will be a lot more pounding and promising releases in the near future. 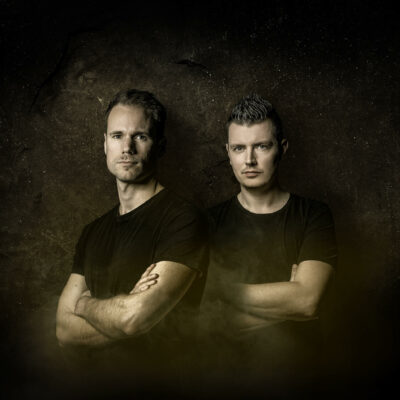